There is Dagga and there is Dagga; the first being the Cannabis sativa (from which marihuana and hash hare derived) and the second is the Leonotis leonurus or the ‘Wild Dagga’. The Wild Dagga grows naturally in many (subtropical) parts of the world. But mentioning the word Dagga to a local ‘law enforcement officer’ can result in some confusion. So it happened that a guy we know spend a weekend in police custody because he had ‘Dagga’ growing in his garden. They raided him with an army and confiscated all the plants on a late Friday afternoon and he was unable to explain the difference to those who were bullying him. Once in court, on a Monday morning, the prosecutor had to admit that his ‘detectives’ had been too ambitious ….

We just wonder …. virtually all farmers in this area with ‘veld’ in their property are growing Dagga …. 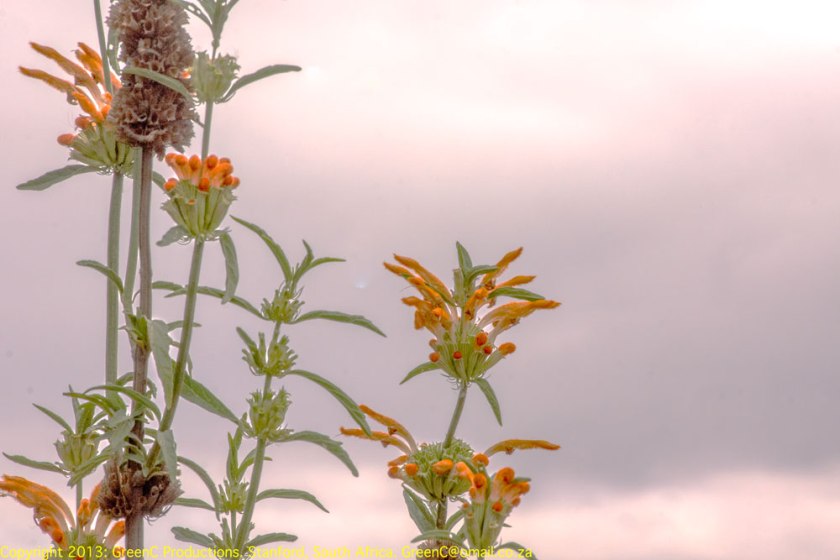