These pictures show how millions of South Africans are housed.

To avoid misunderstandings: it’s NOT the homestead of South Africa’s president Jacob Zuma. This guy has always been very privileged … 😉 …; most probably never stayed in a shack (well I did and it was quite an experience. Everything there except electricity and a toilet …)

These pictures are part of a documentary serie I’m engaged in for the NGO Food4Thought which runs the pre-primary school Funimfundo (= ‘Seeking Knowledge’) in the location (township/informal settlement) Die Kop nearby my village. The school is privately funded (no state involved), exists for 10 yrs and is regarded as one of the best in the Western Cape. 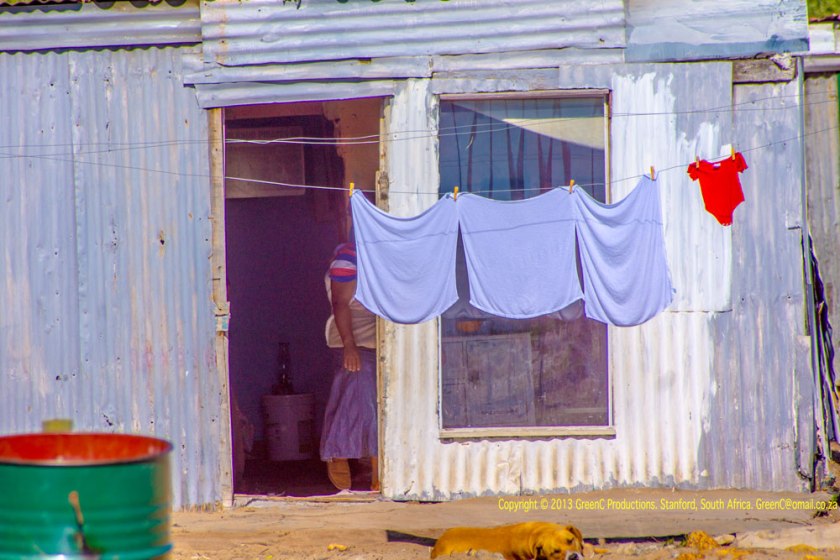