Nearby our village, along the road to Hermanus, you can find the Dumping Grounds of Cape Nature Conservation with asbestos and other hazardous stuff scattered around. On the plot also a few abandoned buildings which were originally build as boat houses, later converted to ‘people houses, and since Cape Nature Conservation took over slowly demolishing by natural forces. Shot this ‘inferno-like’ metamorphoto earlier this week during sunrise with the camera facing NorthWest. In the gallery some shots of ‘stuff’ …. 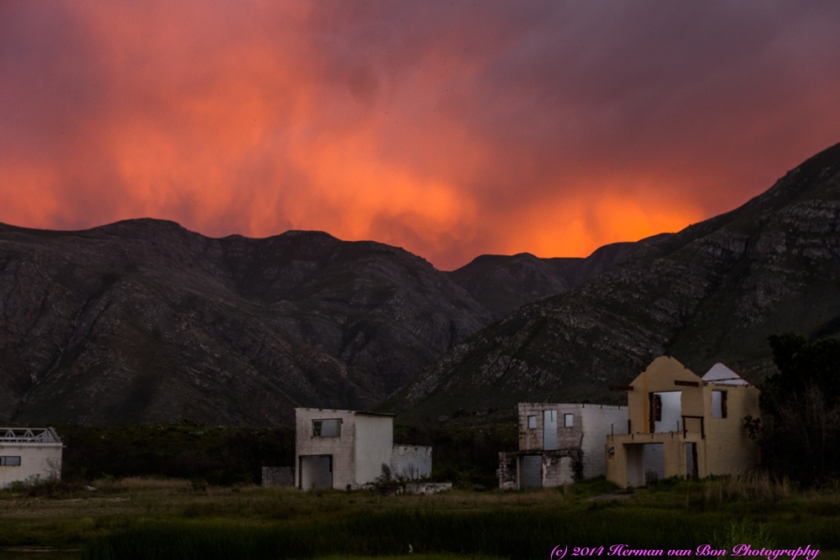 2 thoughts on “(for once and for all) WEEKLY PHOTO CHALLENGE: Abandoned”