20 Odd years after ‘apartheid’ there are still some barriers to overcome in South Africa. This village (Stanford, Western Cape) is not an exception although the relations between people of different walks of life are relatively good and more on equal base than we experienced in some other places in the ‘Rainbow Nation’. There is still a division between ‘White’ and ‘Non-White’ people and there is also a division between ‘Black’ and ‘Coloured’ people; leaving the tribal/clan divisions of ‘Afro-Africans for what it is for now.

There is a natural barrier between ‘White’ and ‘Non White’ communities and that is the Willem Appel Dam which also borders our street. This metamorphoto shows people crossing this barrier. 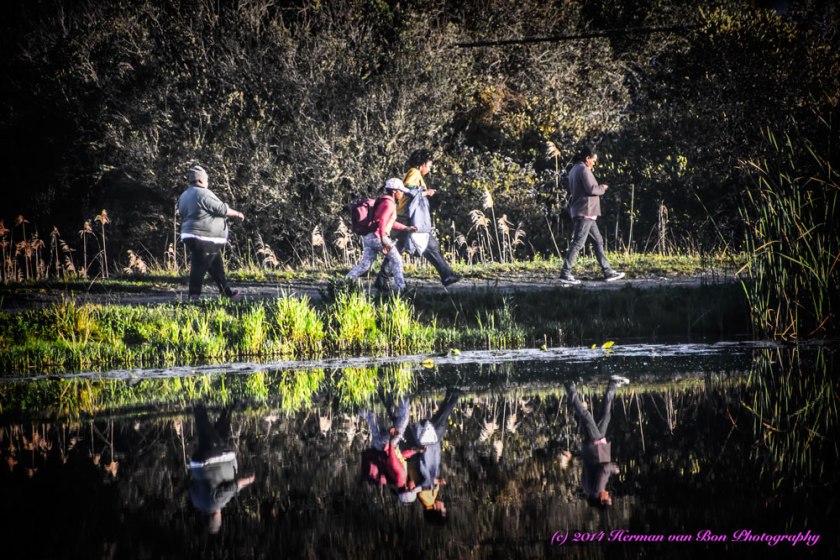