Funny this Weekly Photo Challenge: Earlier today I did a few photoshoots in Hermanus and in between I pictured a guy with a wheelbarrow and while I shot this image I already knew I’d give it a minimalist look and in Black & White.

What would South Africa be without the wheelbarrow? 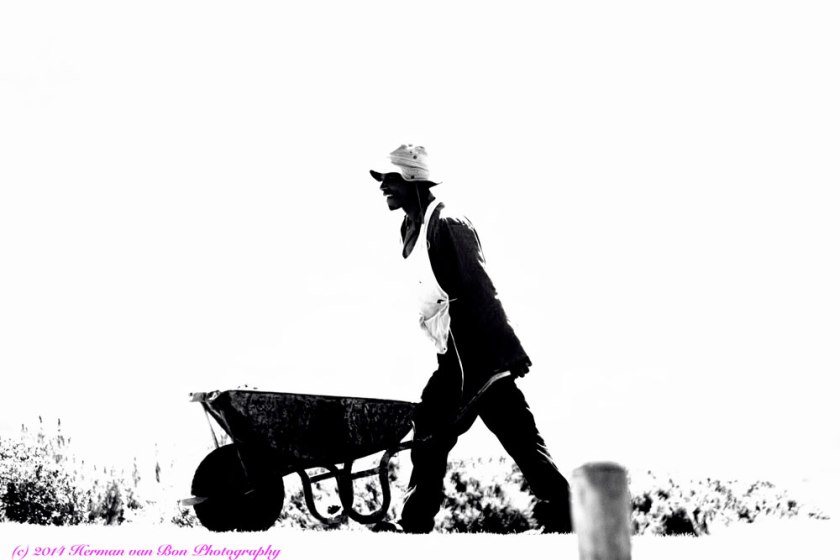