A few years ago we landscaped a no-extra-water-needed garden in the outskirts of ‪‎Stanford‬. When we recently announced that we are selling the large feature plants in our garden the owners approached us for another round. This time we worked closely together with Tommy Ngwenya and, oh boy, what a delight to work with such a passionate personality. Tommy grew up in J’burg and as many South Africans he was troubled with a lack of funds to study at the university. So he worked his buds off for a distance learning study at UNISA (kind of open university) which was more or less within his reach. And he made it by sheer hard work and perseverance. Tommy loves plants; he even kisses them ‘good luck’ after planting. Since yesterday he also knows how to kiss a cactus. His Garden Service is called ‘Tommy & Sons’. His sons are still young but the naming has a reason: “I want them to be better off than me when I was young”. 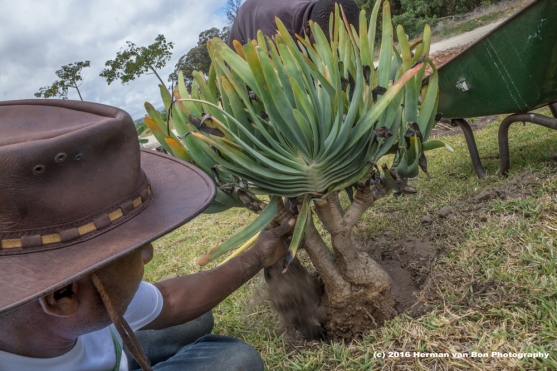 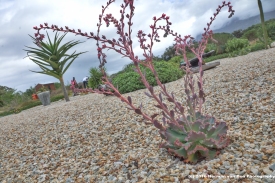 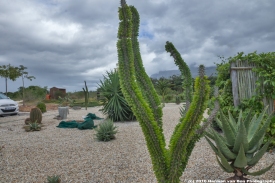 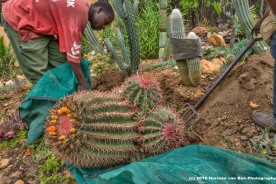 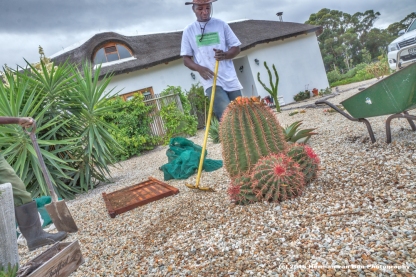