First concept I made (on Dutch account) for posters of a MTB-rental business (MTB = Mountain Bike).

Funny this Weekly Photo Challenge: Earlier today I did a few photoshoots in Hermanus and in between I pictured a guy with a wheelbarrow and while I shot this image I already knew I’d give it a minimalist look and in Black & White.

What would South Africa be without the wheelbarrow?

(‘Stoep’ = Afrikaans for ‘Verandah’. It originates from the Dutch ‘Stoep’ but the Dutch ‘Stoep’ is not a verandah; in fact it’s just a small step-up in front of a (front-)door sometimes covered by a mat to wipe your feet off… This Dutchman in South Africa has a south African ‘Stoep’ including ‘Braai’ – ‘Braai’ in our case is a giant BBQ-installation including chimney, etc. 😉 )

Literally translated from Dutch: ‘Every home has its cross’. The english equivalent of this expression however is ‘There is a skeleton in every cupboard’

We only have one cupboard  but there are many crosses in the house. Just to show you off a few in this gallery: 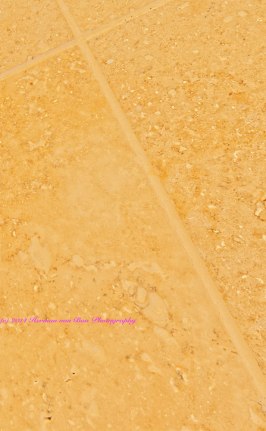 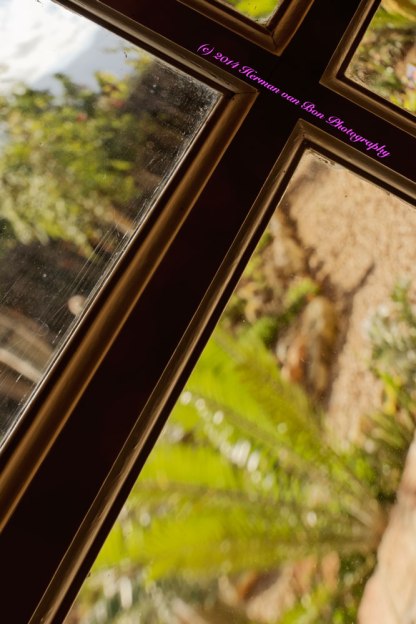 One of the few left original Cape Dutch farm homesteads in the Breede River Valley. Pity that the owning family (6 or 7 generations) has replaced the tatched roof with one of cheap maintenance free corrugated steel. ‘Weltevreden’ is Dutch/Afrikaans for ‘Content’.

One of the few left original Cape Dutch farm homesteads in the Breede River Valley. Pity that the owning family (6 or 7 generations) has replaced the tatched roof with one of cheap maintenance free corrugated steel. ‘Weltevreden’ is Dutch/Afrikaans for ‘Content’.

… and that is excluding the countless views via the WordPress reader by other bloggers. Thank you all! And until so far (after a tiny bit more than 1 yr) 675 followers who faithfully follow my trials and errors. It’s not the quantity of the followers that count but the quality. I’m very, very happy. 🙂 🙂 🙂

For all of you a flower (Dutch always say it with flowers!), a Stanford sunrise and a sunset.

Today is also the day that the latest online edition of LandnSand Magazine published my photographic essay about landscape photography. 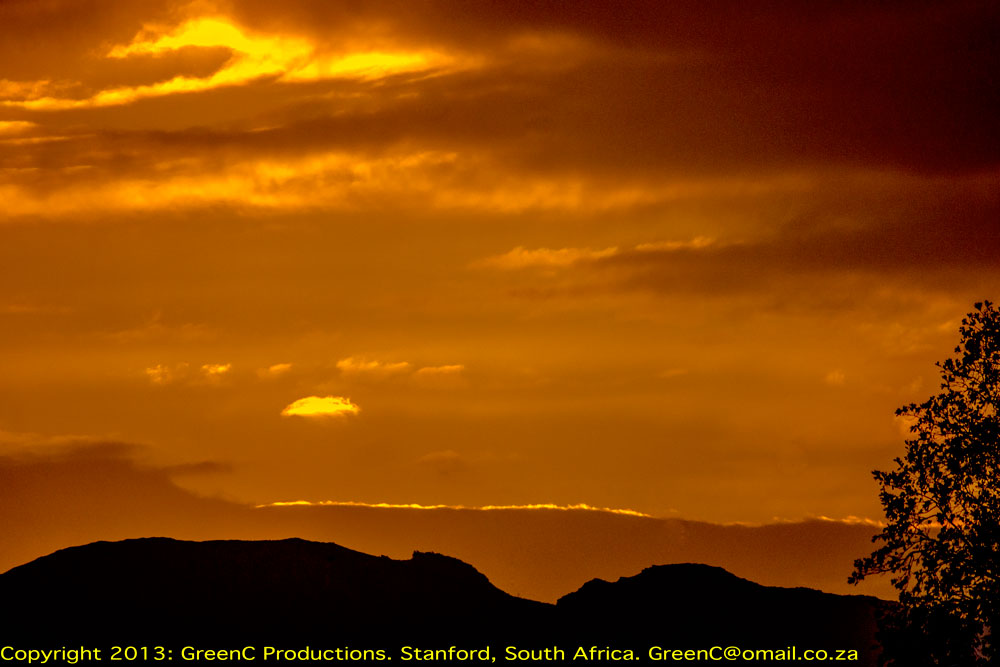 In the meantime in Struisbaai (South Africa): Southern Black-backed Gull in flight.
Some of the Hermanus Fynarts attractions along the Cliff Path in Hermanus, South Africa.
Only in South Africa (Western Cape): Protea