… that took 5 years to flower but what a lovely unusual fragrance.

Originating from East Africa and Madagascar is the plant genus Adenium. This is most probably an Adenium Swazicum but it can also be a hybrid. Originally we bought this plant as a seedling at a nursery in Vanrhynsdorp in South Africa but than as a seedling of a cheap local plant but what do those nursery people know…. Of the originally picture I erased the background in Photoshop and added an image of the evening sky of a few months ago. Next I cropped the new imaginary and resized it. I also changed from 32 bits to 16 bits and with that I let the originally colors change slightly just to accentuate. 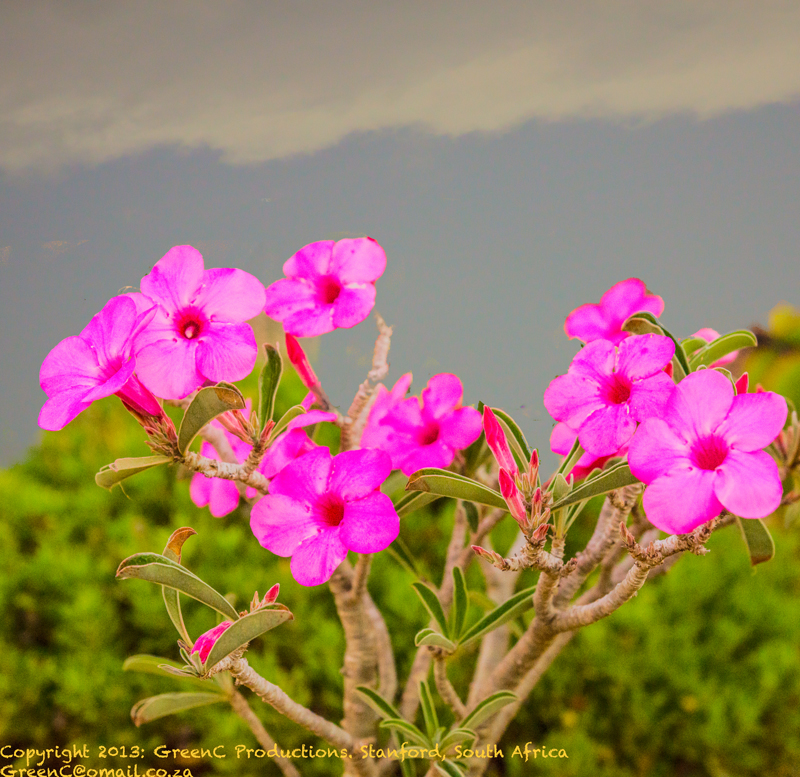