Last week Wednesday all shops in the village were closed. People of the location (township) had the official permission to start of protest march at 5:30 in the morning. Protest marches is South Africa are not always peaceful (or ‘civilized’ if you like). A week before a house was set alight near Hermanus with a similar protest action.

Officially the protest march was against ‘poor service delivery’ but in fact it’s about housing. Out of a one-night-experience I know that staying in a shack of corrugated steel, although reasonable comfortable, is not something to look forward to. First there is the lack of sanitation and during the night with a family of 6 in a space of 20 square meter (separated by hanging sheets) and on a clay floor.. well; it’s damp to use an understatement. From that point of view I can understand why people demonstrate. Unfortunately there are a lot of politics involved and people who are more or less jobless and in poverty move in vicious circles and are prone to ‘smart talk. The service delivery by the municipality here is excellent and if the ‘top brass’ of the ruling party in South Africa would spend less government money on their own luxuries there would be significant more money for housing. The government investment in the house of the president alone (they call that ‘security upgrades) and in the presidential jet (customized Airbus 360), is equal to the investment in almost 10,000 so called RDP-houses. Let leave politics out.

Protest marches like the one in our village usually start with burning tyres. Not this time (the local police took them away 😉 ) and from that moment on the march was peaceful. No damage on property, no fights but a lot of singing and chatting with the guiding police officers. In fact it was quite funny. It could have been a colorful carnival parade if one wouldn’t know better. 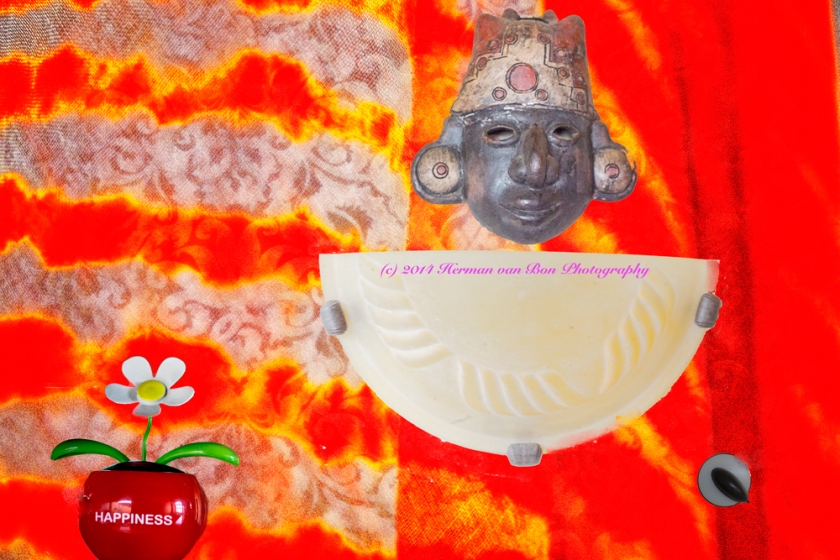 … One of the few ‘left overs’ of our previous adventure (Soekershof, with maze, cactus labyrinth and succulent garden). In the workshop we had several local artists/craftspeople (one of them with an international reputation) who sold their (hand made) products to visitors who could appreciate true South African made arts and crafts. And it’s so fulfilling to know that all of them were able to uplift themselves from poverty and gathering an above average income from their own home and/or workshop.

The new owners transformed the workshops in a (money generating) trendy restaurant and accommodation. In South African tourism there is nowadays hardly any place for a truly mutual beneficial initiative between proprietors and artists/craftspeople. Most of the crafts for sale along the roads and on markets are from abroad … For the tourists there are also state and private funded ’empowerment’ initiatives where local people hone themselves in craft making… Some of these survive, most unfortunately not.