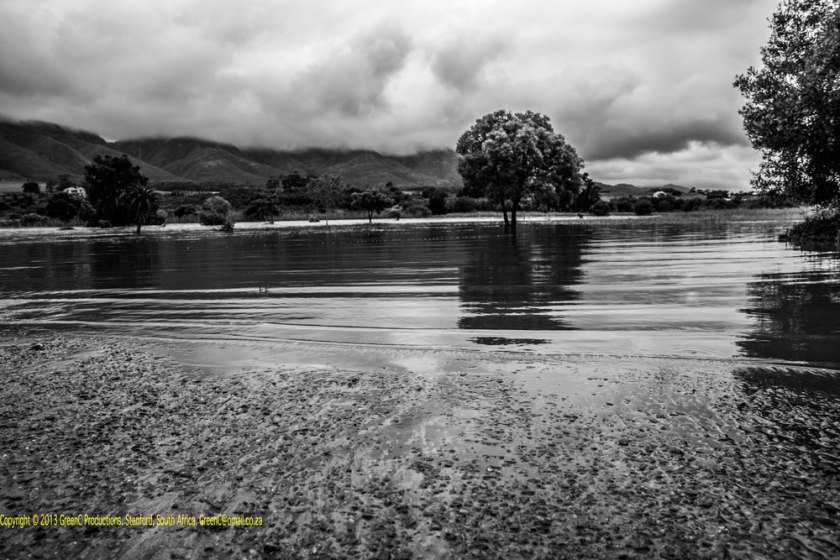 I grew up in The Netherlands between the two main rivers; protected by dikes and averaging 1 meter below average water level was my house amongst many others. Growing up with water learns you the (hidden) powers of H2O. Moving to a farm in South Africa in 2000, situated on the slope of a hill, we started immediate with water works to keep our house free of water just in case of a flood rain. Virtually all neighbouring farmers were laughing loud saying ” Ag julle malle Hollanders en julle water werke ….” (“you crazy Dutch and your water works…”). One year later we had the first flood rain; we were laughing. In 2003 another flood rain. Just before this flood rain one of the neighbours let his staff moving rocks uphill to avoid visitors of staff going with their cars uphill (well it’s South Africa and the time still stands still in the farming community of Robertson, where we lived…). During the flood rain the rocks came down and landed in the garden and the entrance path of the neighbour. We laughed together with his staff. And still history keeps on repeating itself and ‘water affairs’ in my village and other parts of South Africa is a hot item at the moment after over 200 mm of rain this weekend. 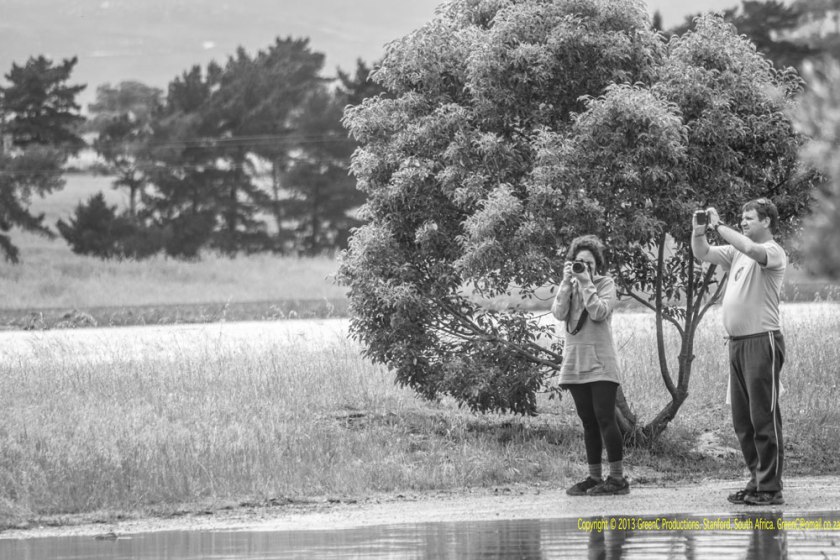 To keep it within the village and direct surrounds: Last year a part of the road next to the bridge over the Klein Rivier (Little River; now THE Missisippi of South Africa as you can see) washed away. With the repair of it and additional ‘water works’ numerous shortcuts were made (shortcuts are seemingly a part of the culture) and again same part of the road washed away. Hopefully they learn (but I doubt).

The part of the village most affected by the water is where the ‘Bold and Beautiful’ (let’s say the ‘village elite’) is living. Living at the waterfront is for the so called ‘privileged’ and I’m fine with that. But being ‘privileged’ comes with certain obligations; one of these in our village is cleaning the house after a mud water ‘invasion’. Bet that, as last year, quite a few ‘For Sale’ signs will be erected.

On purpose I did not photograph all those unlucky people up to their knees in the water. Facebook pages are already full with it 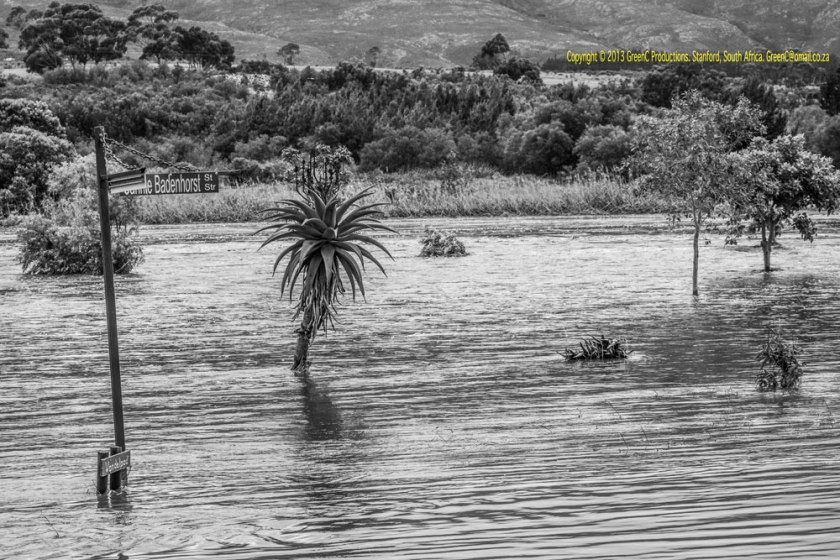